"Ophelia", 19"x19", graphite and digital color — Album artwork created for the cover of Champagne Babylon's Slow River Flow EP. The choice to use the death of Ophelia from Shakespeare's "Hamlet" to represent this album was inspired by the chaotic, at times grim sounds of the album combined with its use of romantic lyrics. These sounds, along with the title "Slow River Flow", fit the subject especially well considering the circumstance of Ophelia dying in a brook.

To create this cover, I first sketched three or so iterations in my sketchbook, trying to decide on how to depict the water, the position of the hand, and the colors that would be used. I then drew a detailed large scale version on 19"x19" paper in order to make the details even more seamless when shrunk down for use on screens and physical album covers. The first color version in blue was my original proposal, but the band agreed that they liked having a mix between the sketch and the color version, giving it more of a "raw" feeling. This resulted in the use of the white and red for the final cover. As for the text, the band wanted something typographically Wolfgang Weingart/New Wave Design inspired, which brought me to the use of the squarely laid out, alternating thick and then letters, which are meant to emulate the ebb and flow of a river. The overall effect of these design choices was intended to look chaotic without interrupting the still, balanced feel of the composition. 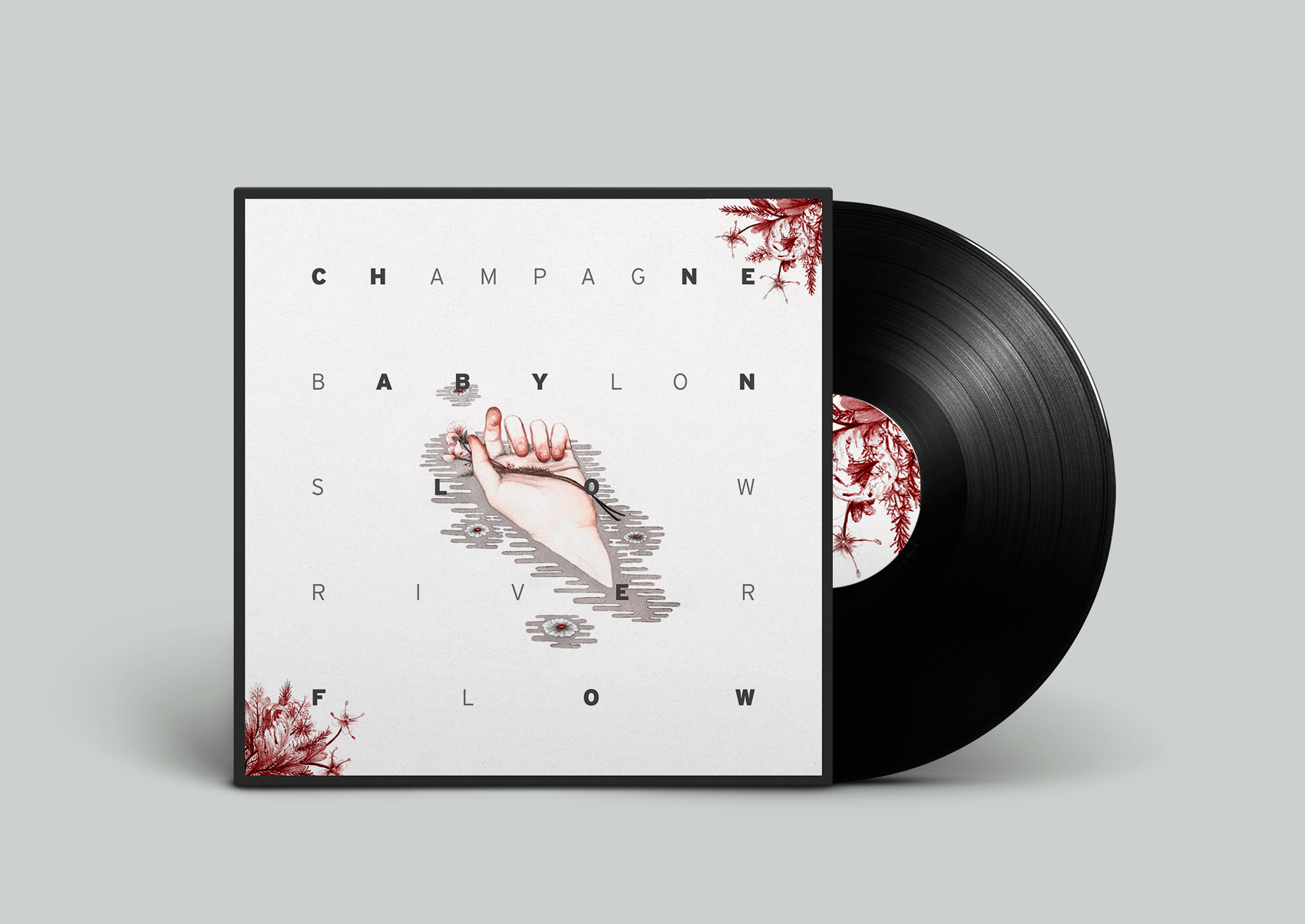 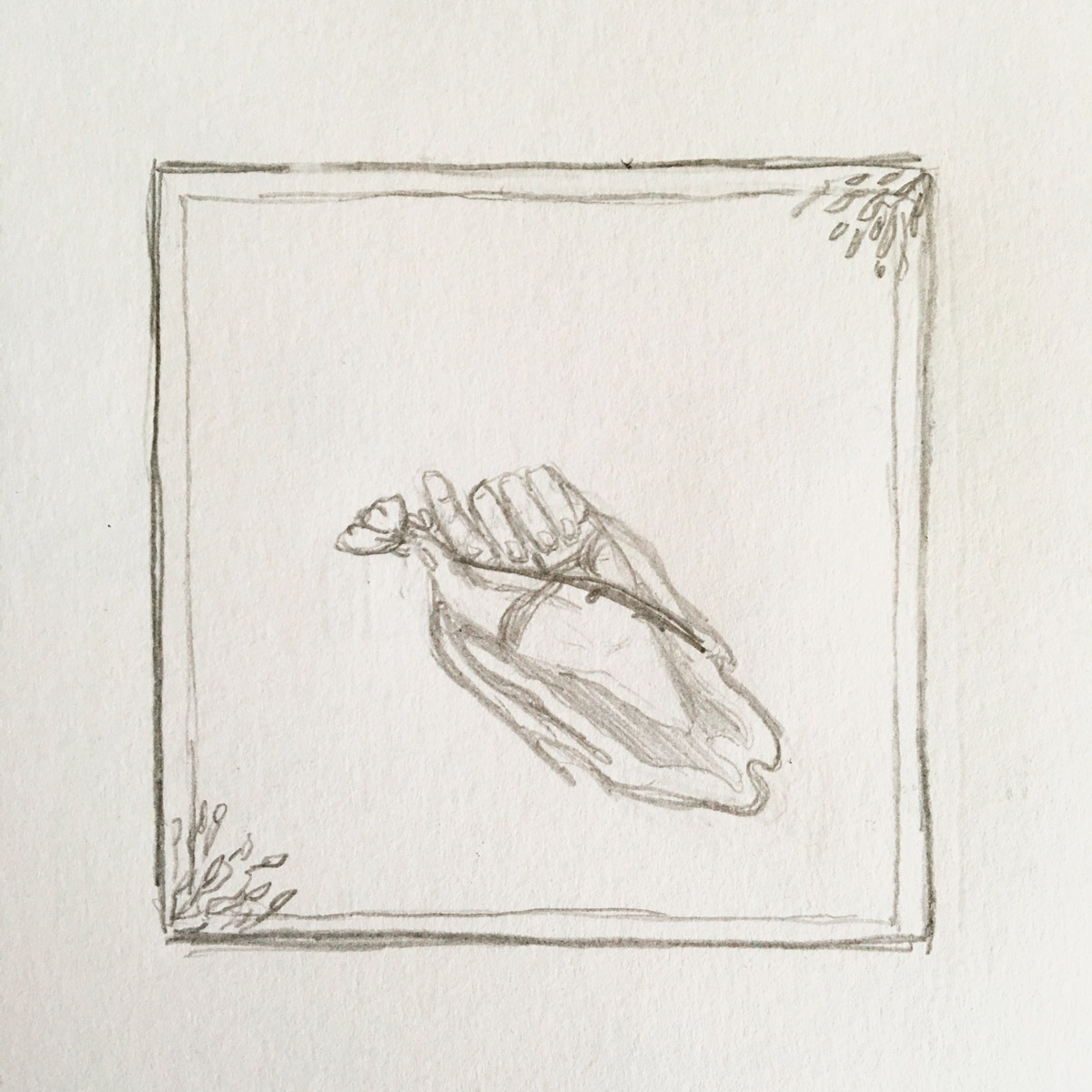 The drawing in process 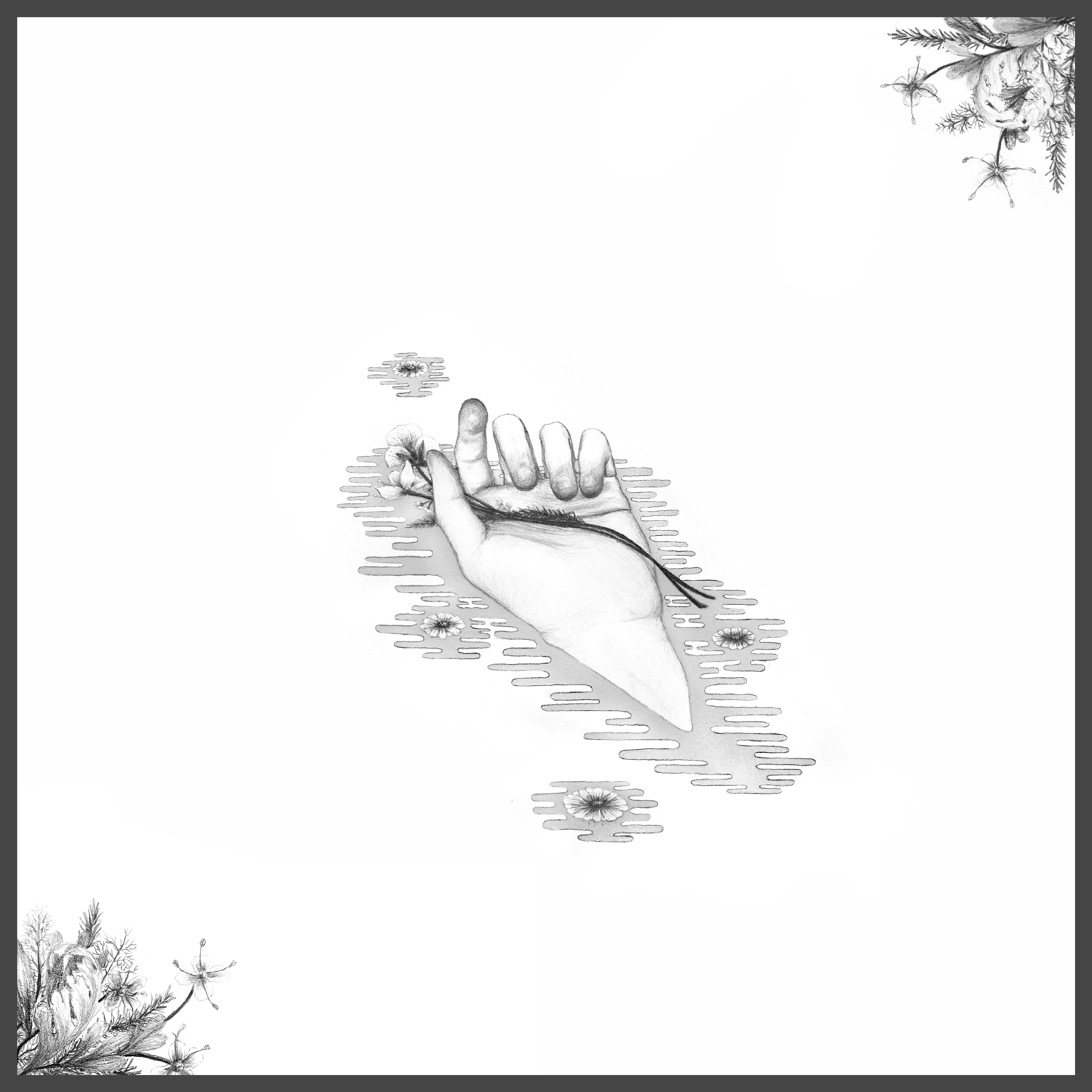 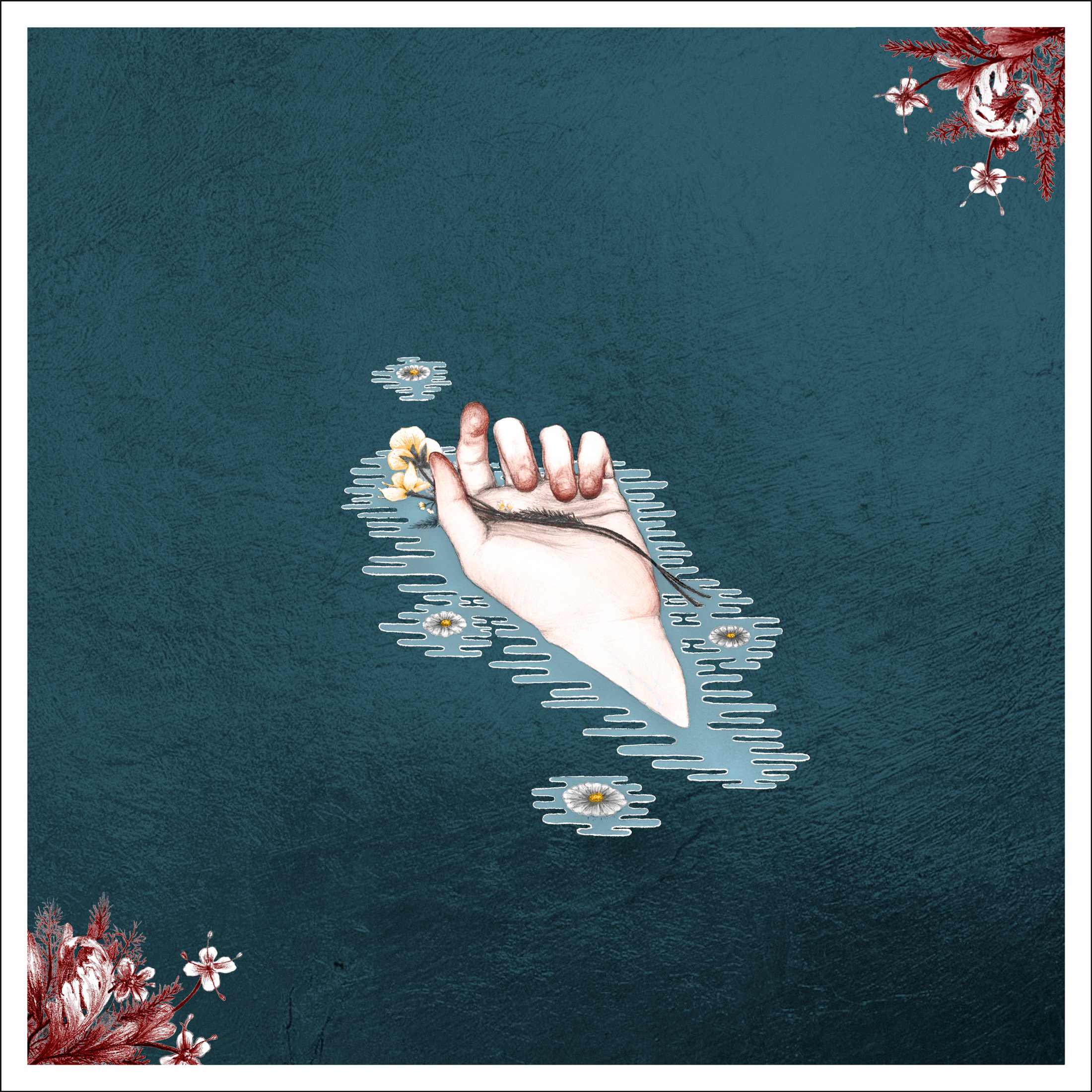 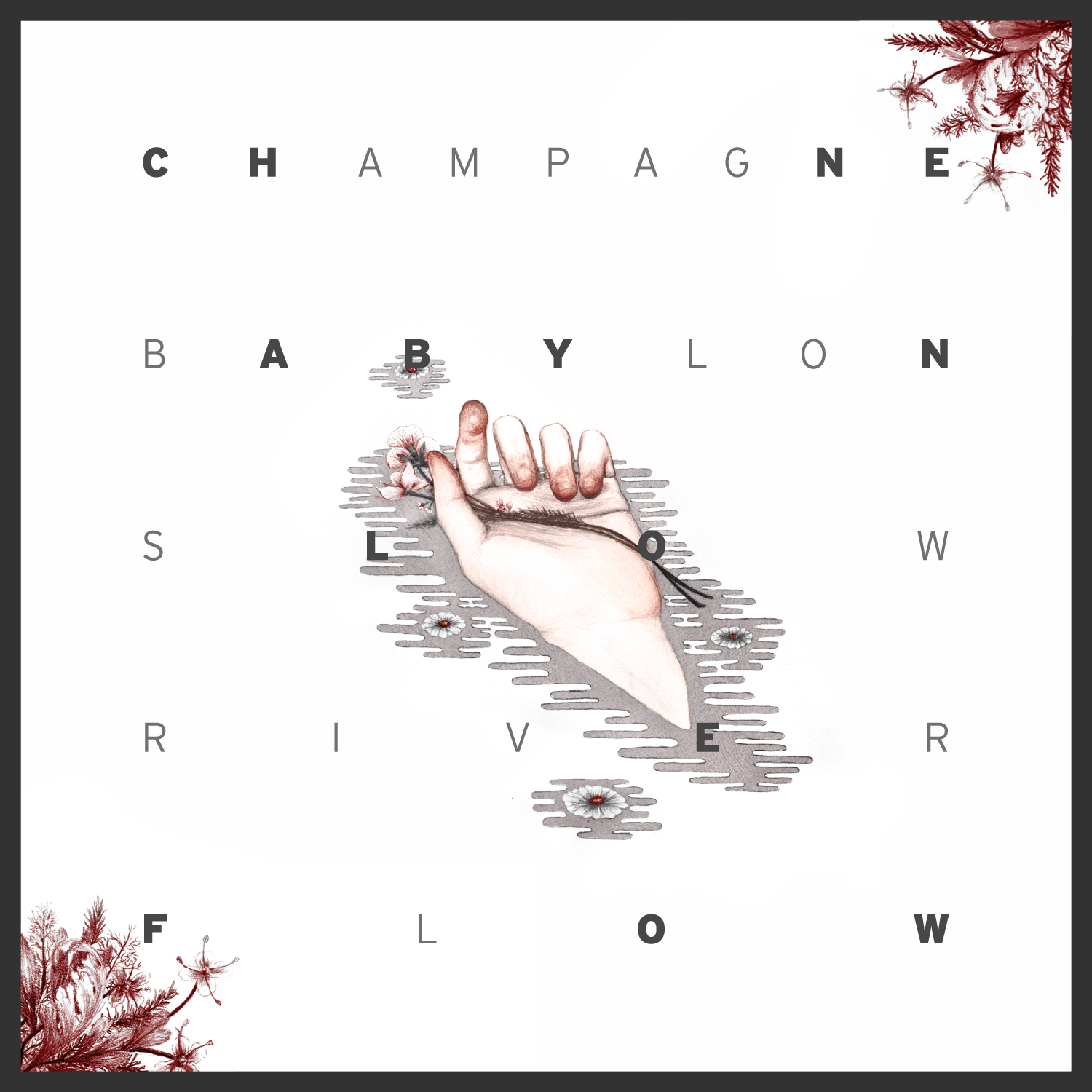 The final version of the album cover.